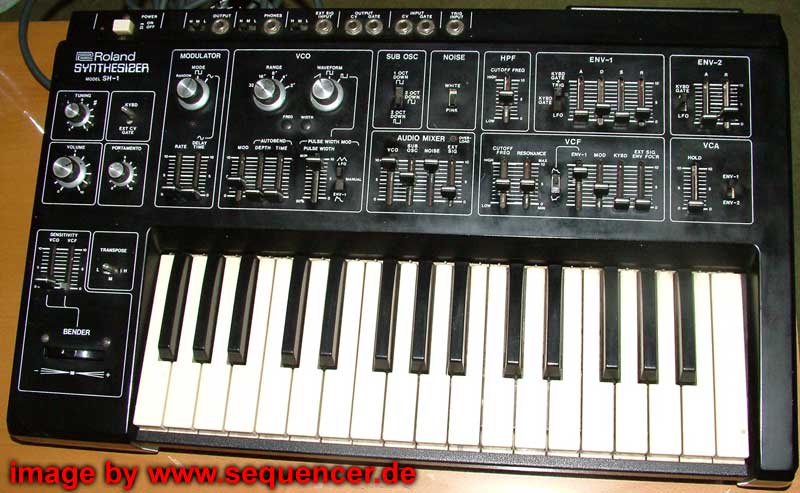 Arpeggiator no
Sequencer no
(ID 13)

ABOUT 1 VCO plus Sub, quite fat. quite rare. a bit like a "little SH101".
ABOUT 1 VCO und 1 Sub, recht fett. rar. Ein bisschen wie ein "kleiner SH101".
ABOUT
DETAILS Nice one-OSCed synth with SubOsc. LFO can trigger ENV. ext input. pink and white noise
DETAILS ein netter 1 VCO Synth mit Subosc. LFO kann ENV neu triggern. ext. input. weiss und rosa rauschen
DETAILS
SOUND bass and lead
SOUND bass und lead
SOUND
sh1
ROLAND SH1 same but less VCOs (1+sub) but still enough to "model" a good bass! quite rare over here in germany. this was the first roland synthesizer!! it's case is all plastic like the TR808, became rare here in europe..
it has 2 ENVs but the second one is AR-type only (VCO), most other smaller SH only have one ADSR, the VCO has PWM and the typical subOSC that can also work 2 octaves below the main OSC...
the filter is 24dB/oct LPF and a static hpf - thats what the SH and even the Jupiter and juno series kept in it's concept.. it has pink and white noise, later models had white noise only. (exept the sh5 / sys100) - the sh1 also has an envelope follower... 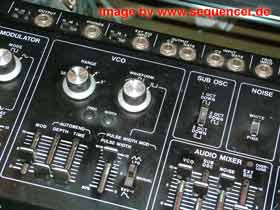 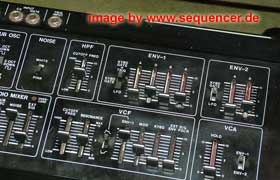