Most of electronic music pioneer Delia Derbyshire's music exists in a single copy in the archives of the BBC Radiophonic Workshop. Many dozens, if not hundreds, of pieces of her beautiful work are mouldering unheard.

Delia's music broke new ground on several fronts: technological as she pushed what was possible with the equipment of her time, rhythmical as she experimented 11- and 13-note bars, and tonal as she freed herself from the 12-tone scale and voyaged into soundscapes and pure sound. Of Delia's work, only a tiny percentage is known to the public, whereas by far the majority of it is on tape in the Archive of the BBC Radiophonic Workshop in the custody of Mark Ayres.

We petition the BBC Trust to apply pressure to the BBC so that these recordings be swiftly published on traditional audio media (CD, DVD) so that the public, and in particular the British public who paid for it to be produced, be able to learn from and develop this woman's amazing musical visionary style.

The petition's closing date, the 5th of May 2014, is Delia's 77th birthday.
Zum Vergrößern anklicken.... 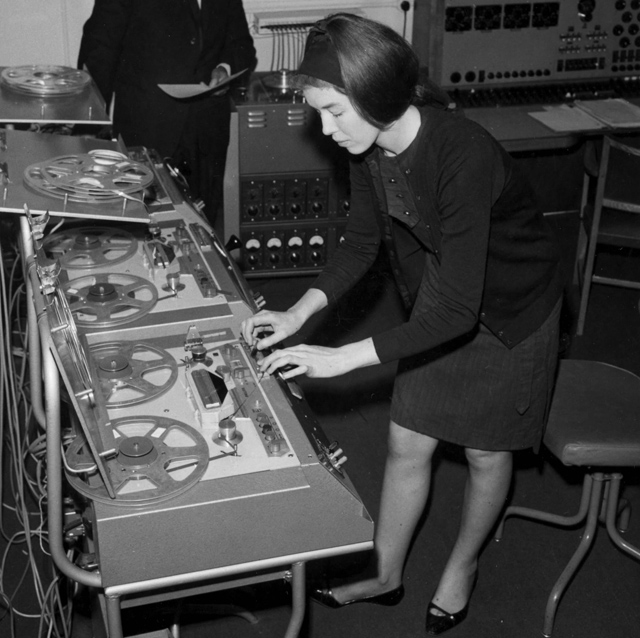