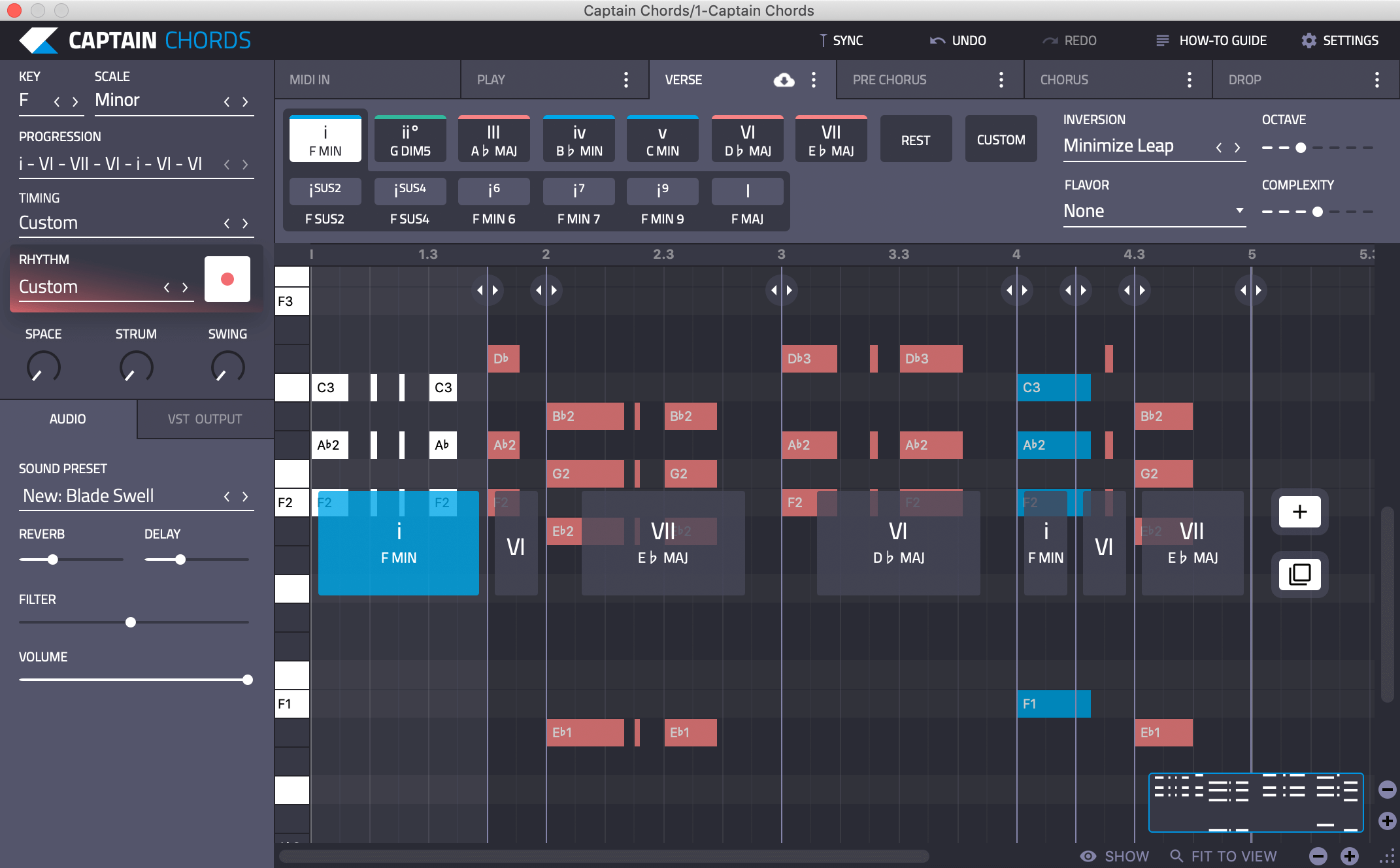 You can use Captain plugins offline to play the MIDI you’ve already written. However, you need to be connected to the Internet to write new MIDI notes inside the plugins themselves. Our generators require Internet access.

So what happens when you’re on a laptop, flying on an airplane? You can write MIDI notes inside Live and play them using Captain plugins, but you won’t be able to generate a new chord progression using our User Interface. Internet is becoming common everywhere, even in the sky. Most studios have wifi. This requirement is usually not a problem.
Zum Vergrößern anklicken....