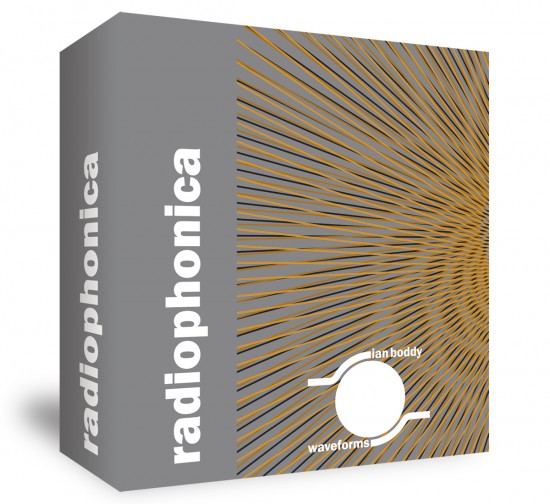 Native Instruments KONTAKT 2 patches with a basic envelope, low-pass
filter, and modulation wheel assigned to filter cutoff are also
provided for
convenience for each program, allowing users to add effects and
modulations to the finished sounds, as well as audition programs
for all
the sounds in a single category.

Ian Boddy Waveforms products are available from the following
download stores, priced at £24.95 (including VAT):

About Ian Boddy Waveforms (www.ianboddywaveforms.com)
Ian Boddy has been producing sample libraries for 16 years. His
work includes Ambient Volumes 1 &
2, Malice in Wonderland, Morphology, Analogue Sequencer Loops, and
Outer Limits for Zero-G,
and Transmission-X for Sample Magic, as well as providing patch
and sample content for LinPlug,
Camel Audio, and Rob Papen Inspiration Soundware. His parallel
musical career actually stretches all
the way back to 1980, having since released over 30 solo and
collaborative CDs, and performed over
100 concerts in the UK, Europe, and the USA, while also running
the highly-respected DiN ambient
music label with 31 releases currently to its name. He
additionally composes library music CDs for
leading UK independent specialist DeWolfe, having delivered ten
titles to date. Building upon this wealth
of musical and sound design experience, Boddy has finally decided
to independently release his sample
productions, marketed under the Waveforms banner as an ongoing
series of tightly-focused, download-
only sample packs designed to keep distribution and purchase costs
down. © 2008 – 2010 Something Else Music Ltd.