ok, they seem to have my data now and at least signal they are „approving“ it. so there’s a big chance the passport I sent to them will be read, it does NOT say it it will be accepted.

update 20.aug.2011 – the message is in english now, looks like the „few days“ mean weeks – the english version reads a bit „harder“ about „violation of rules“, don’t know how many languages, still they’re examining my passport and lots of links proving me as a real person…
will it bend?… 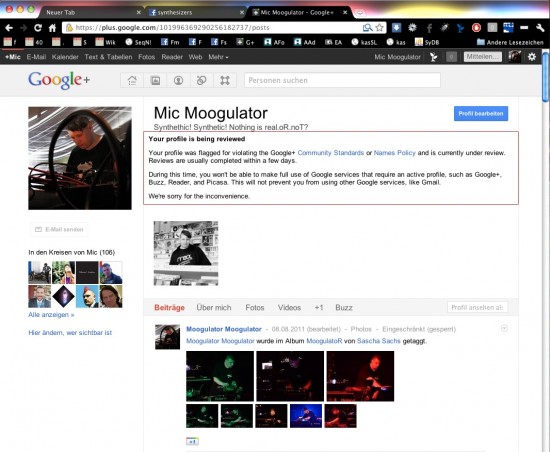 just in case you are an artist, too and use your name as known as I do – you may have this procedure on your to do list as well, took 1 week till now.

they got people or bots who read things, so that is nice – mayspace deleted my Consequence Account 3 times – nevertheless I had stuff from the 80ies to show. well – I finally deleted it some month ago. 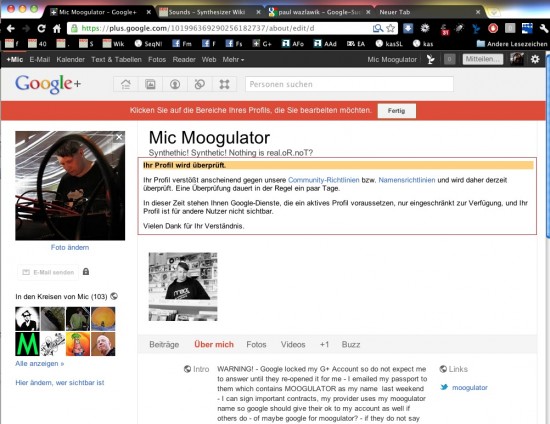