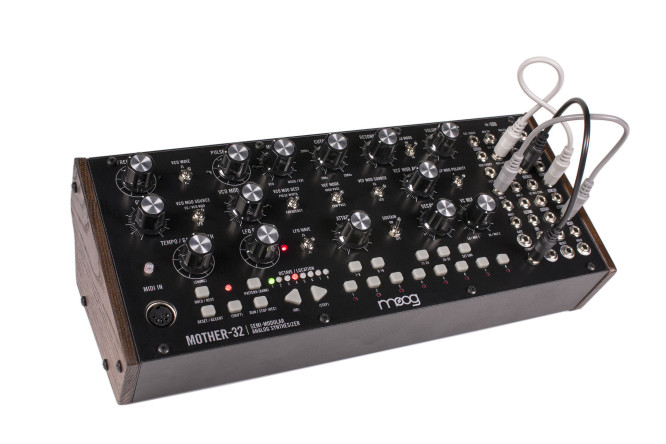 he (Rooftree) says at Gearsluts, there will be something new from moog – looks like sort of a small one

A new Moog will hit the streets soon!! I’m at the Knobcon synth convention in Schaumburg (Chicago). Moog has a little side room here and they’re allowing people to take a brief visit with a prototype of their latest synth. No cell phones or cameras allowed. I just got out and was impressed by what I saw. 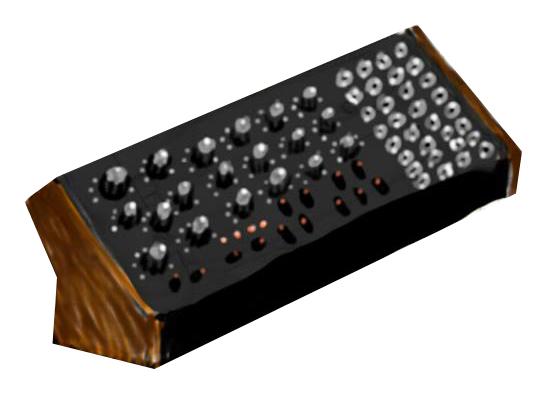 The name is Mother-32. It’s a single voice semi-modular knobby desktop synth with a built-in sequencer. The sequencer has 32 steps. There are 32 CV input/output jacks. MIDI in but no MIDI out.
The Moog ladder filter is switchable between LPF and HPF.
The sequencer if highly flexible and has lots of cool tricks up its sleeves.


It’s expected to be available for sale on October 1 for $599 USD. They’re going to have an official announcement this Wednesday.
It’s built like a Minitaur. All knobs are full size. It even has wood end cheeks.

he summarizes it up to this:

took another guided tour of the Mother-32. Here are some notes from memory.

The sequencer has memory for 64 patterns. You can get 303-like patterns out of it by assigning glide, gate length, and accent per step.

The sequencer has ratcheting, which is a repetition of a note up to 4 times per step. Ratcheting can be adjusted on the fly while the sequence is playing

The voice is not exactly from the Werkstatt. But there is some sort of relationship.

They had three of them chained together, producing kick, snare, hihat and melody lines. If you’re counting, that’s 4 sounds out of three single-osc monosynths. One of the Mother-32s was set up so the pitch of the drum osc was varied from low to high on alternating steps, producing a kick-snare pattern.

There is a noise source that can be mixed with the regular oscillator sound.

I was particularly impressed with the sound of the kick/snare. Very solid. I’m most likely going to buy one at some point.