a shot from an unknown synth.. ein unbekanter Synthesizer..?

more on this here: john-bowen-teams-with-soniccore-to.html 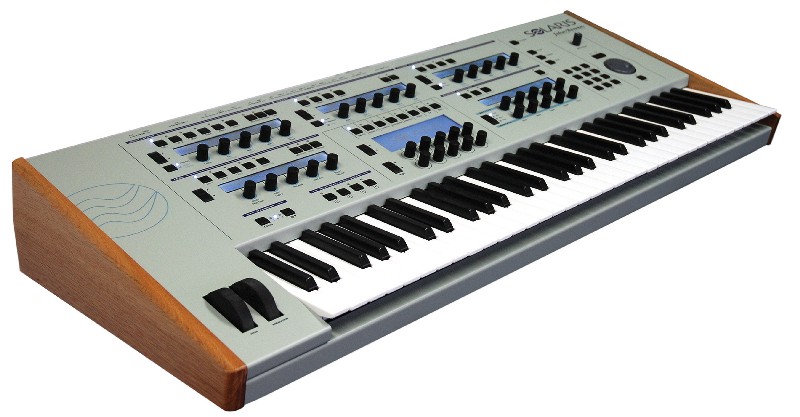 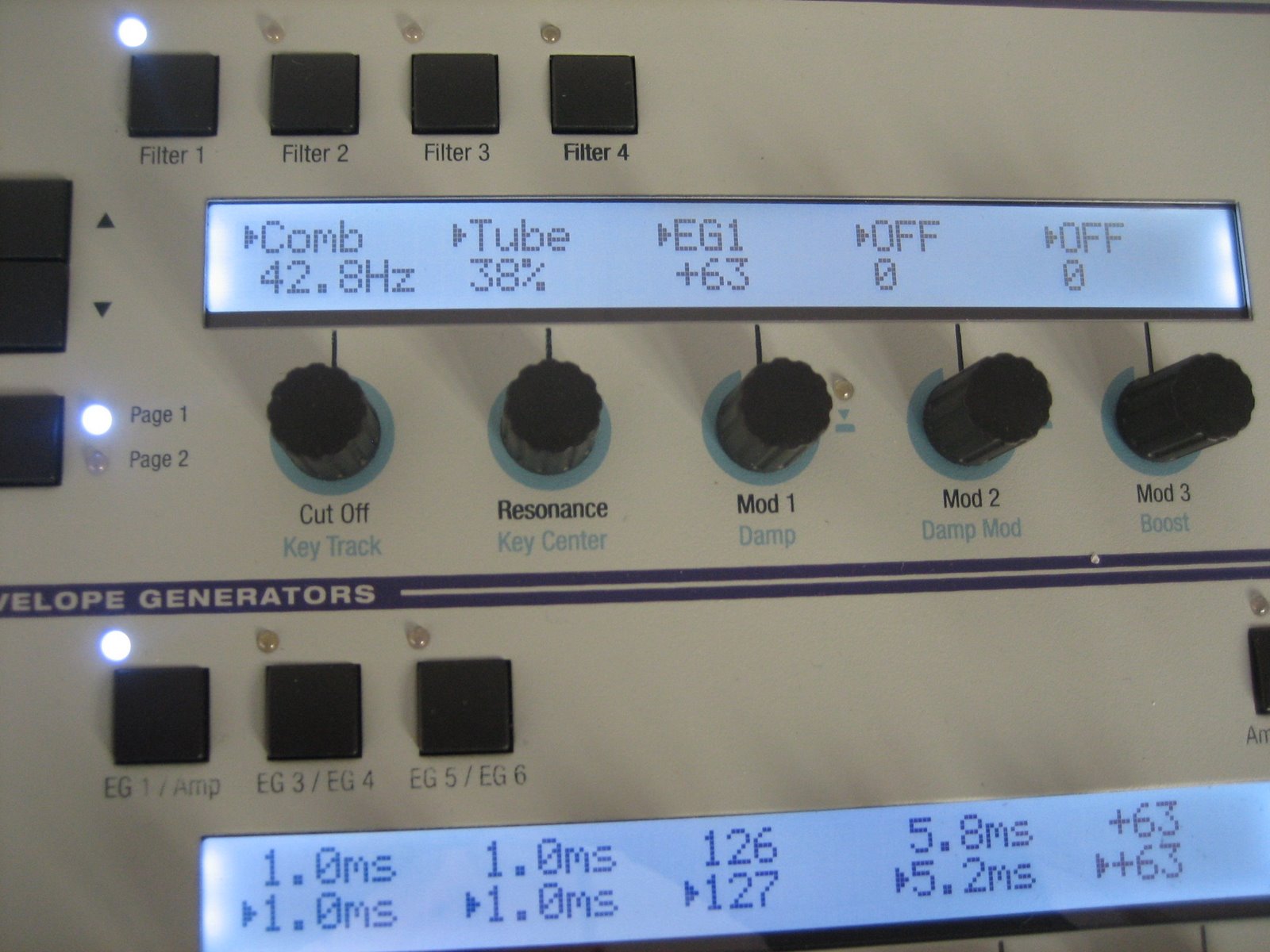 any idea? to me the matrix ppl are quite in the dark guessing.. 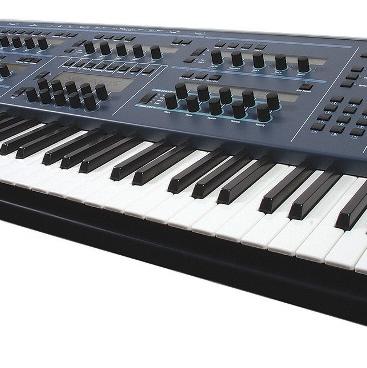 A new Elhardt? ;) With Knobs known from the Radikal Spectralis..

„March 28, 2007 – John Bowen Synth Design today is introducing the Solaris keyboard synthesizer. John’s many years of sound design and user interface work have culminated in a synthesizer that is unparalleled for its ease of use and sonic quality. „While I certainly enjoyed many good years at Sequential Circuits (re:all products) and Korg (Wavestation, OASYS), working as an independent plug-in developer for the Scope platform over the last 7 years has allowed me the freedom to explore concepts and designs that I would have been unable to do elsewhere. Solaris represents the pinnacle of this development, and for several years I’ve had plans to turn it into a hardware version. Finally I can say, it is here.“

Drawing on years of experience, John Bowen has crafted a new masterpiece – Solaris is a synthesizer that truly lives up to the idea of ’no compromises‘:
• Flexible as a modular system, but easier to use – with five 2 x 40 character display sections, one 240 x 64 graphic display, and 40 knobs, the Solaris is capable of great depth in sound manipulation, but designed to be as easy to use as the vintage synths of the past for which John Bowen is known.
• Sound quality is paramount – newly created synthesis algorithms provide unparalleled quality; signal processing handled by SHARC floating-point processors. Internal processing is done at 96 kHz; audio rate modulation provided with sample-accurate precision.
• The Solaris is a purchase which will last for years, through new algorithm „expansion packs“ and OS updates.

John has teamed up with Holger Drenkelfort and Juergen Kindermann (SonicCore GmbH) to produce the Solaris synthesizer. „We had all worked together in the development of the Creamware Scope system, which as a development tool I found to be sonically superior to any other available native ’synth construction‘ programs on the market. However, I needed a new and more powerful system to produce the Solaris properly. Using their expertise, SonicCore has created brand-new hardware and operating system software – there is nothing inside based on the Scope system. Also, we brought in a talented dsp programmer to write completely new algorithm code specifically for the Solaris. However, now that SonicCore has acquired rights to the Creamware dsp library, I will be able to incorporate their special modules as well in Solaris. I’m also discussing licensing other algorithm work for future dsp expansion packs. It’s my plan to have the Solaris act as a capable ‚host system‘ for a wide variety of synthesis types, while still providing an ease-of-use factor.“

Notes Hans Zimmer, „If anyone out there can take what we love about the elusive quality of analogue synthesizers and add the inventiveness and versatility that we get from digital, it’ll be John. There is no question in my mind he understands that fundamentally the sound has to be true and uncompromised for a bunch of circuits to turn into a musical instrument. There are many synths out there that are fun and even inspiring. But it takes a certain magic and voodoo, a certain set of ears and sonic heart to build something lasting, something timeless.“

John Bowen started as Moog Music’s first official clinician in 1973. Following that, he collaborated with Dave Smith on the Prophet 5 design, and went on to create 99% of all Sequential Circuits products‘ factory presets, demo and drum sequences, providing user interface (UI) design for many of the products as well. When the core Sequential team was acquired by Korg, John became Product Manager for the Wavestation, handing all UI design, sample ROM processing, and overall product development. He then worked on the initial OASYS keyboard UI design, but left Korg in 1998 to work for Creamware, where he developed their first Modular system, and assisted in the early work of their Prophet and Pro One emulations. His Zarg Music company is known for some of the finest plugins available for the Scope platform.