a rather simple standard remote is announced at novation, no more text-displays – just like the others – well what I always liked is the display that tells you what knobs is doing what – looks like they might want to go back to a standard minimal set of drum pads, 8 knobs and faders like most other competitors got. ok, the display can show more than a number – but it will no longer inform the user so you have to find out yourself, but they also did a new automap version 4.0 – the new version will go for 259 (25 keys) to 339€ for the 4 octave one and 399€ for the 5 octave one, so there’s again no 3 octave version.

just hope this is a „cheaper line“ that will not replace the lovable Remote SL Series which had already sacrificed one display but for touch faders and LED rings which „fair“ for some of us. I am still with the Mk1.

the idea here is the automap window tells what buttons controls what – basically it has a new look.so ok- it gets clearer why they leave out the display – looks like they got 2 window areas where one being the „overview“ and the other one below shows the knobs parameter names. still not the same has having at directly near the controllers. there’s a note about iPad – hope for a real iPad app, not just  the iPhone one which can’t show enough controls for size reasons..

did not find the download link, but will find out since it says „it’s ready“. Automap 3.7.4 says „no updates available“. 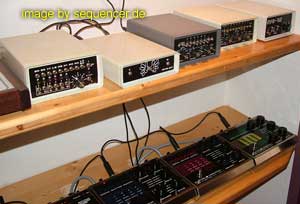