RME has released their Total Mix für any old and new interfaces – so FW400/800, UFC and others just look like this now: 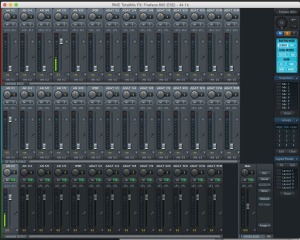 to me this step and option will sooner or later will end up in an APP to control everything by OSC or MIDI or — maybe blutooth somewhat later when connected (since the interfaces do not have BT of course) but surely by OSC and the network already. 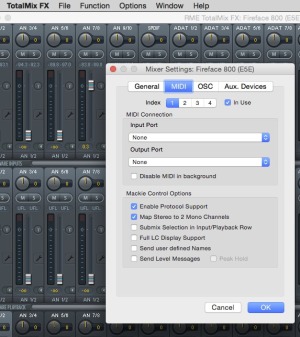 it has been controllable via MIDI ever since the old green’ish design – but there will be more coming up – since they may have just one thing to download for all – which helps the users to keep up with it.  I strongly assume it’s easier and others