long time no see – on the Musikmesse I already saw them, showing off their nintendo-style kind of palm top sequencer and synth

there is a software to manage it all for macs and Win-PCs – USB accepts controllers as well. it can handle some standards like MIDI/SMF files and the software can be used as a plugin. VST seems to be the only version since there’s nothing about AU so far.

the device is quite the size of one hand and has a little keyboard and some controls that control 64 voices, 2 OSCs with 14 „algorithms“ (connections / methods), 7 filter types and 240 waves plus 14MB for user waves which is expandable, the max space is 1GB and there are 20 FX types with master and 2 insert Fx.
the sequencer provides 6 tracks with piano roll kind of editor and 999 bar patterns – so there should be enough room to make songs based on patterns in 99-item-songs.

the keyboard is velocity sensitve. the main memory is 512MB in size. the engine is an A8 ARM processor which is basically comparable to the iPad Mini 2 or the second last iPad (Air) and a 4 GB SSD is also built in – so it’s 4GB Flash RAM and 800×480 pixel screen. so it is not an iPad but with it’s 1GHz processor it is at least based on a reasonable platform. it also has USB and another micro USB port plus line in, phones out and 2 speakers as well. 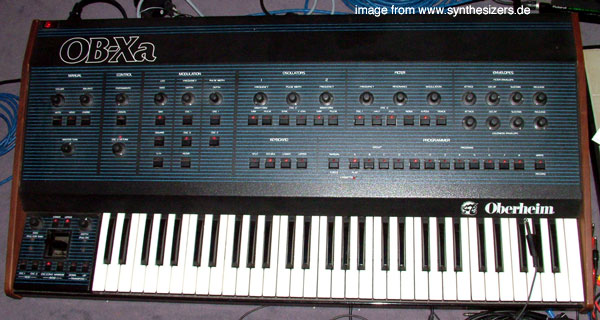