Roland CONNECT – SPD-SX: Sampling Pad. has 2GB ROM Samples and 260 Mins of free Sampling RAM, so it took decades, thought it would come much earlier but here it is – the SPD SX samples drum sounds and is as I thought Pads should be at least minimum. and it has USB and another port for usb stick (which is nice but watch your sounds on stage, then) – the only odd one I can see it has no MIDI thru, and a bit more „control“ or elastic audio stuff or dBeam, but – since this is out this may go into a „Handsonic“ one sooner or later, which has a dBeam. hope to assign 2 or 3 of them in one box to any controller – but better in a separate box, so this is a nice one, though..

• it has 4 trigger ins (called dual trigger here) from external pads (I assume simple trigger mics as well)
• it has 2 controller „wheels“ – dedicated to FX mainly.
• there is another stereo out.
• ext. audio can be streamed by trigger of pads – they call it multi pad.

aaand inputs! sampling! not just RAMpling it in from the computer.

• auto truncating of those incoming sampling to multiple samples – that looks nice and maybe a nice trigger station for speech, athmos and of course loops etc. while playing them.

audio manage software of course. so this looks like it is also nice for electronic performers who got problems with some samples to input to hardware grooveboxes etc (which is still not perfect at all for longer samples, samples that appear at least just once or so or phrases that may be too long for your normal rig.

there’s a video up, but just telling the features. 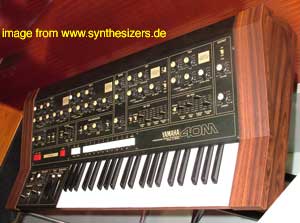