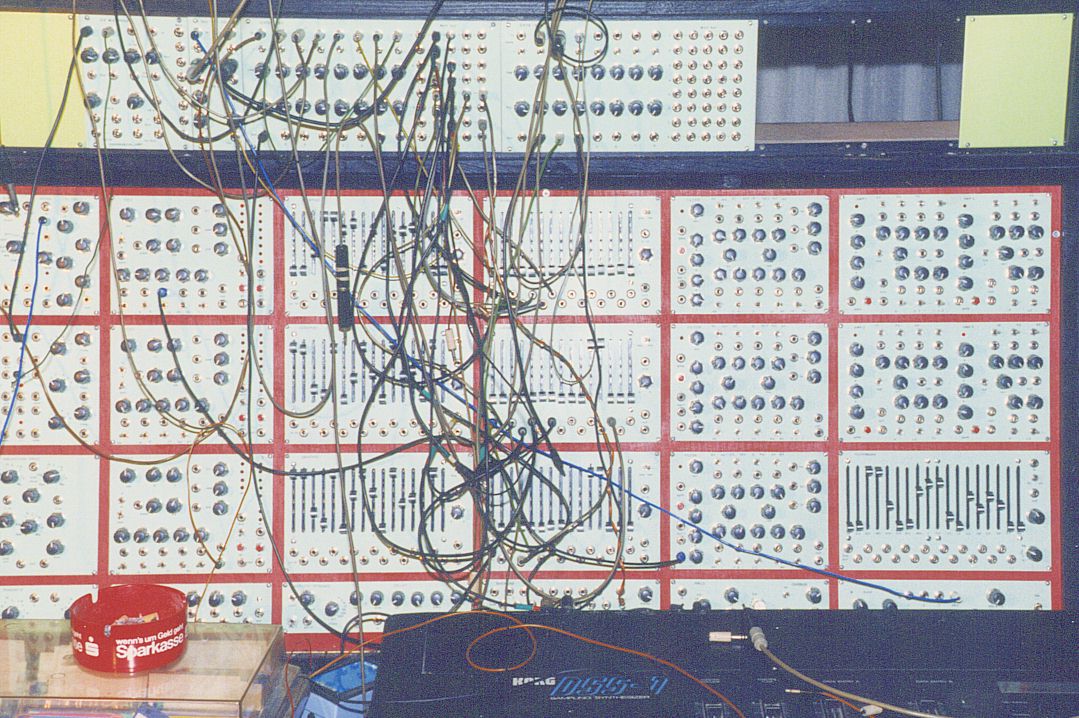 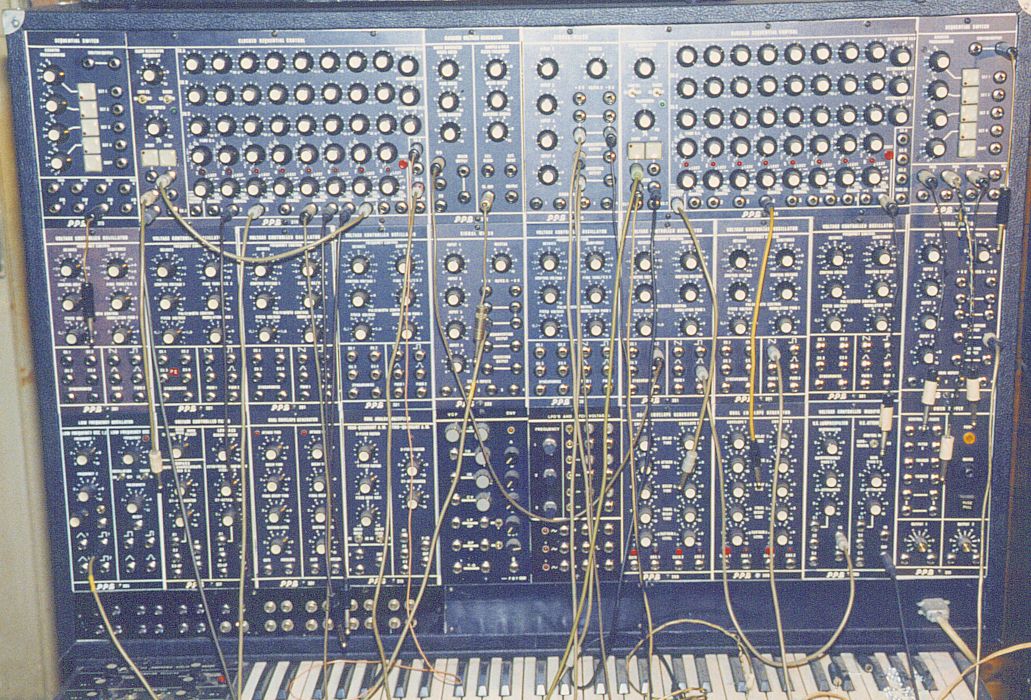 This weekend I met a guy, Ruediger Lorenz (Malte, you know him), a real
collector, not to say a freak. He owns virtually tons of gear, six or so
modulars, and 20-50 synths of other proveniences, from Vermona to Morpheus.

OK, he has a PPG 300 Modularsynthesizer and he has built one by himself,
which is very interesting. I took pictures of both, which can be viewed
via WWW at

He build the modules from a mixed bag of kits from various manufacturers
(Paia, Formant, some German magazine stuff). Here some additional info:

Osz: The oscillator is mainly used to drive the Graphic/Harmonic Generators,
it's a VCO, I think from Paia, probably the CEM one. The topmost Osz
contains a digital osc too, from Digisound, waveforms stored in a
EPROM are read out, clocked by the VCO. The two rows of LEDs and the
two red buttons belong to the digital osc. The other Osz are prepared
to hold DOs, if he can get them from Digisound, anyone knows the
actual address?

Graphic: With the 16 slider you can "draw" the waveshape. All sliders can
be controlled by control voltages.

Harmonic: With 16 sliders you "draw" the spectrum, again controllable by
CVs. He uses two analog sequencers (one Korg SQ-10 , one PPG 314)
which are triggered when pressing a key to trigger lag processors
(seen on top of the unit) from the gate outs of the sequencers.
The lag processors out is sent to the CV ins of the Harmonic Generator.
Sounds pretty cool. The three HGs are driven in different orders, the
sound is a bit PPGesque.

Filterbank: Sort of Graphic EQ, but you can set the volume of the bands to
zero. The output of each band is available via the row of jacks.

I forgot to ask about the Waveseq and the Karplus Strong module, but you
may know these buzzwords.

The Sheppard module is from Paia, they had in their 1992 catalog, the one
and only I have.

And finaly, the guy is 53, so he had some money back in the heyday of analog
synthesis, and he is recording music, up to now 5 LPs and 5 CDs. So, if
you wanna hear the PPG doing the rhythm-loop, ask me, I forward you his
address. BTW, he paid DM 500,- for the PPG in 1988, someone had it sitting
unused in his loft, gathering dust.

A last information for you Kurzweil K150 junkies. He sent the mainboard
of his K150 to Hal Chamberlin, who upgraded it to the FS version for $25.
And he has the Apple ][ software to program the unit. So, if anybody
is interested, ask me. 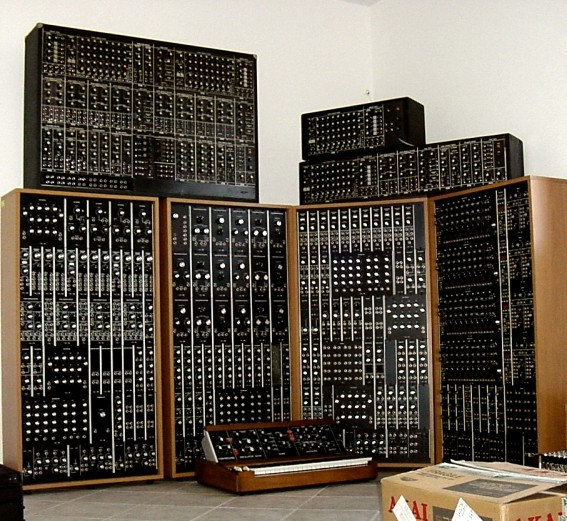