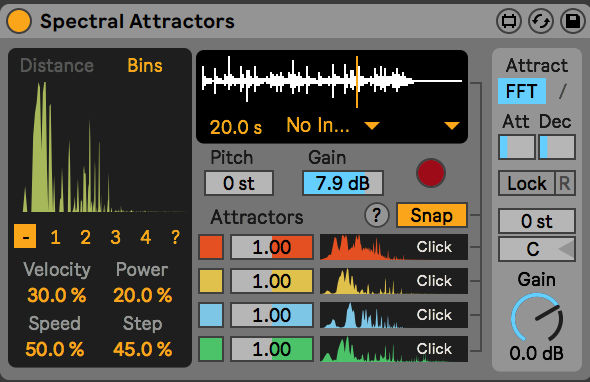 At some point, you don't want another plate reverb. You want the experimental sounds of a phase vocoder combined with a physics model - like in this free Max for Live effect.

Spectral Attractors uses a physics simulation and a phase vocoder.

The phase vocoder sounds whatever spectral content is in the current “state”. The “state” is attracted to up to 4 other spectral “states” called “attractors”, which attract the state via the physics simulation with two different modes:

(1) FFT Mode: physics simulation is in 12288 dimensions (a bit higher CPU as a result) in which every FFT frequency bin amplitude, phase value and previous frame value for both left and right channels is a dimension, which results in a complex soundscape and combination of spectrums.

(2) 2D Mode: physics simulation is in 2 dimensions, in which attractors are spread out on a 2D plane based on their spectral differences. The sounding “state” then depends on how close it is to the attractors in a 2D space, resulting in spectra closer to the original attractor states. This mode also includes an option for either interpolating or crossfading based on distance to attractors.

Attractor states are selected by taking “snapshots” of audio in a buffer, which can either be a dropped sample or recorded live from routing audio from another track in Live. Additionally there are parameters for controlling the physics dynamics and real time frequency domain pitch shifting.
Zum Vergrößern anklicken.... 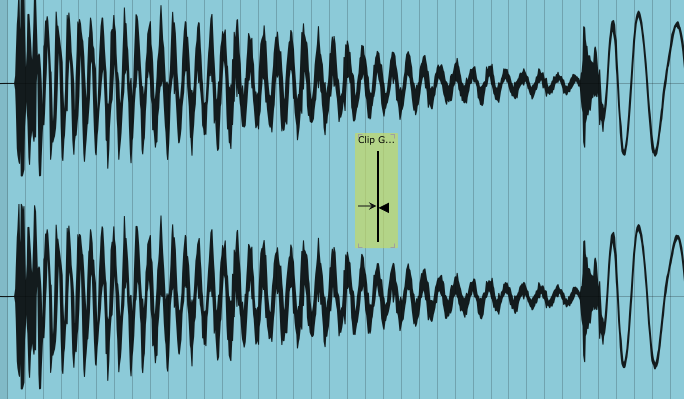 It's the little things sometimes. Adjust the gain of Clips from the Arrangement, right on the timeline, with this €3 Max for Live add-on for Live 10 and later. 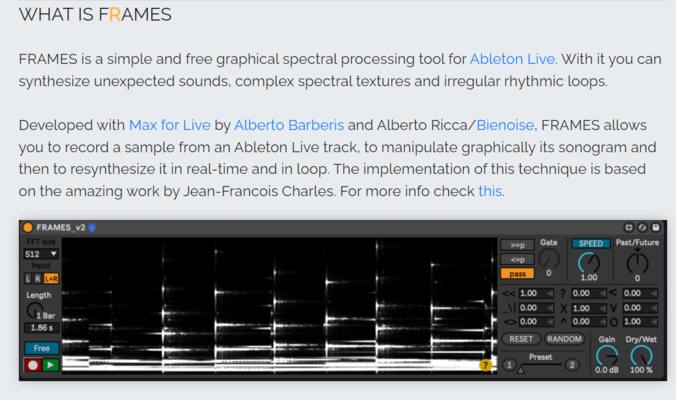