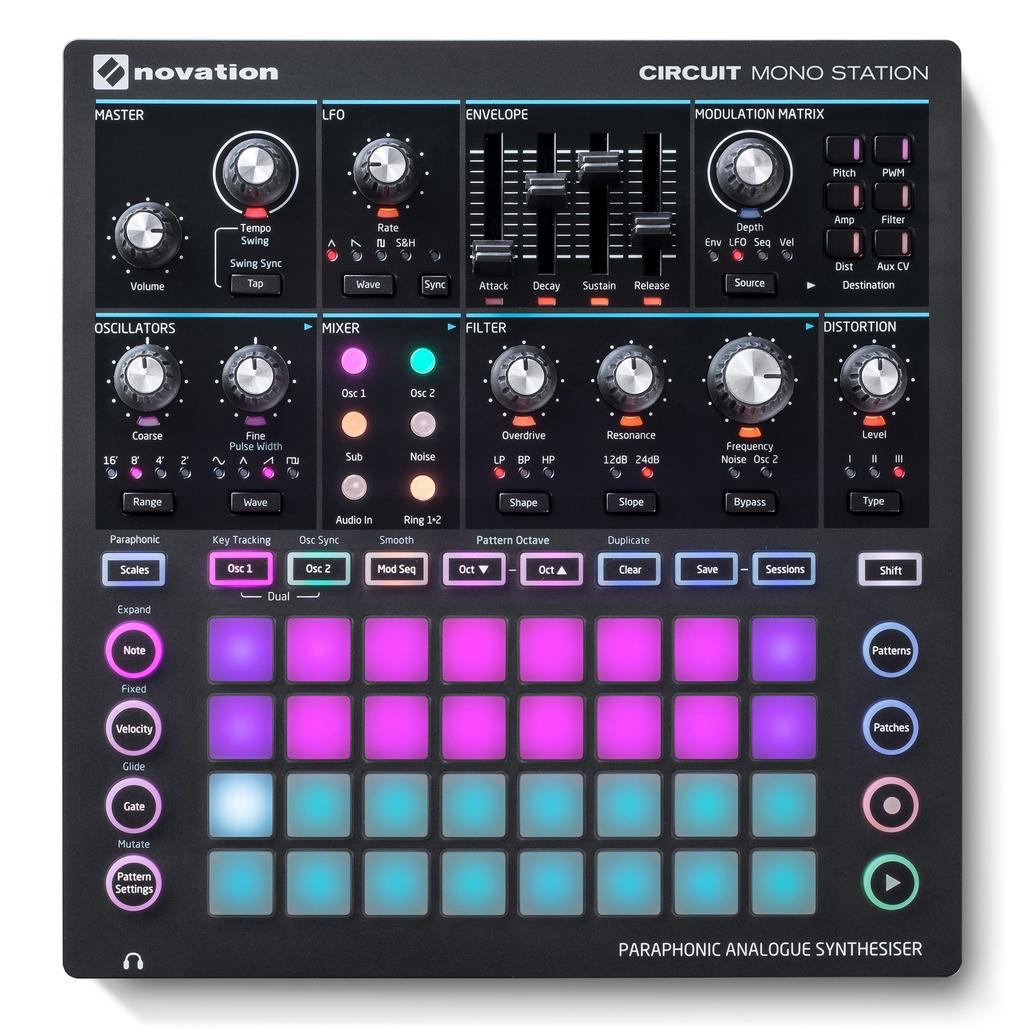 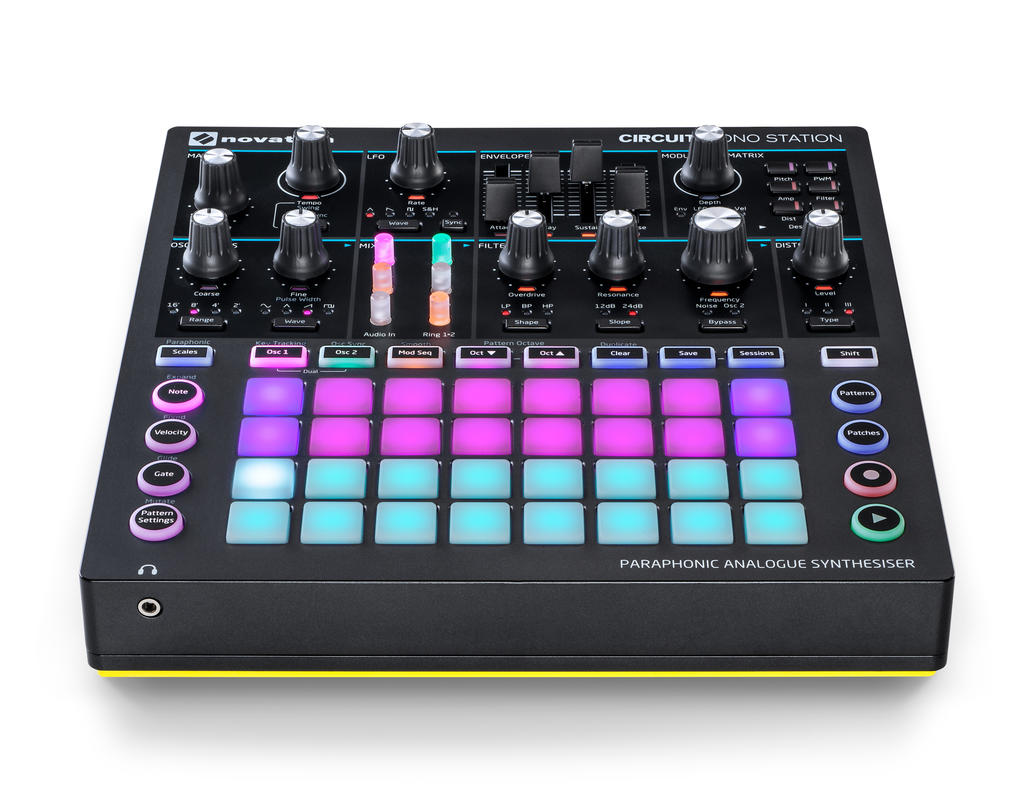 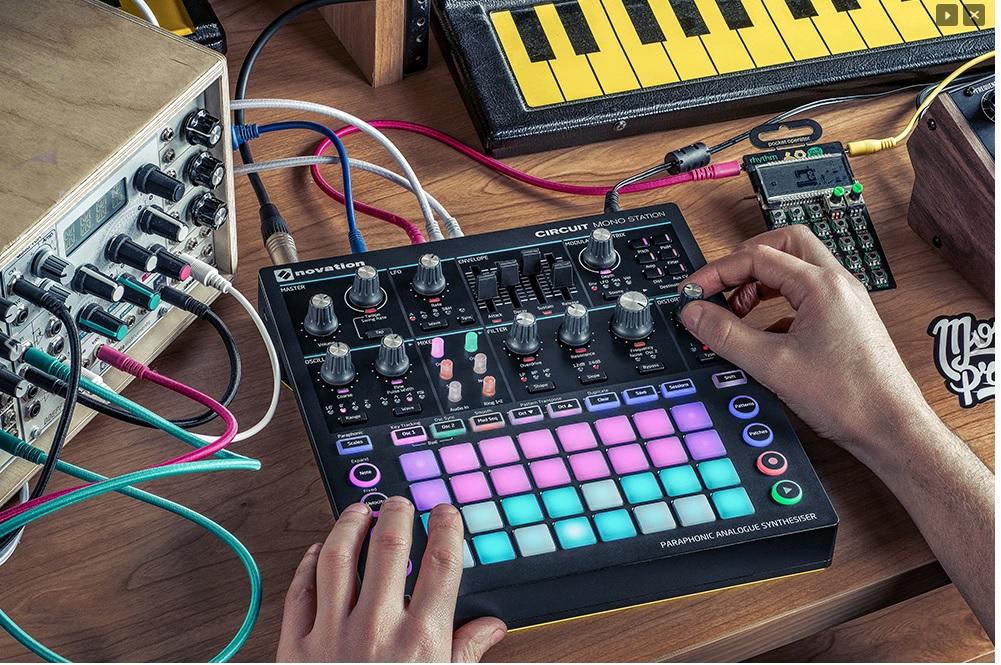 Circuit Mono Station is a next-generation sequenced monosynth that originates from the Bass Station II, with three sequencer tracks that benefit from the 32 velocity-sensitive RGB pads found on Circuit.

The synth has two oscillators, three distortion modes, plus one multi-mode filter with high-pass, low-pass or band-pass. With Circuit Mono Station, the sync and tuning parameters of its two oscillators can be individually controlled. It also offers four waveshapes (sawtooth, triangle, square and sample + hold), a sub-oscillator, ring modulation and noise generation. Users can get the frequency band they want by applying high-pass, low-pass and band-pass filters with slopes of 12dB and 24dB.

In addition, Circuit Mono Station introduces a powerful overdrive. Both monophonic and paraphonic modes are available, with each oscillator individually controlled by its own sequencer. There are three sequencer tracks: two oscillator sequencers and one modulation sequencer. Users can alter Gate length, switch patterns instantly, choose sync rate and mutate patterns.

A four-by-eight modulation matrix makes it possible to route from LFO with four waveshapes, envelope, sequencer or velocity, enabling complex modulation for pitch, pulse-width, amp, filter, distortion or CV. Up to 64 patches can be loaded and saved on the device, right at the user's fingertips. Circuit Mono Station controls separate hardware via CV, Gate and modulation outputs, and has MIDI In, Out and Thru, so other MIDI gear can be connected. Via USB, Circuit Mono Station can be plugged into Mac or PC, where unlimited patches can be managed using Components.