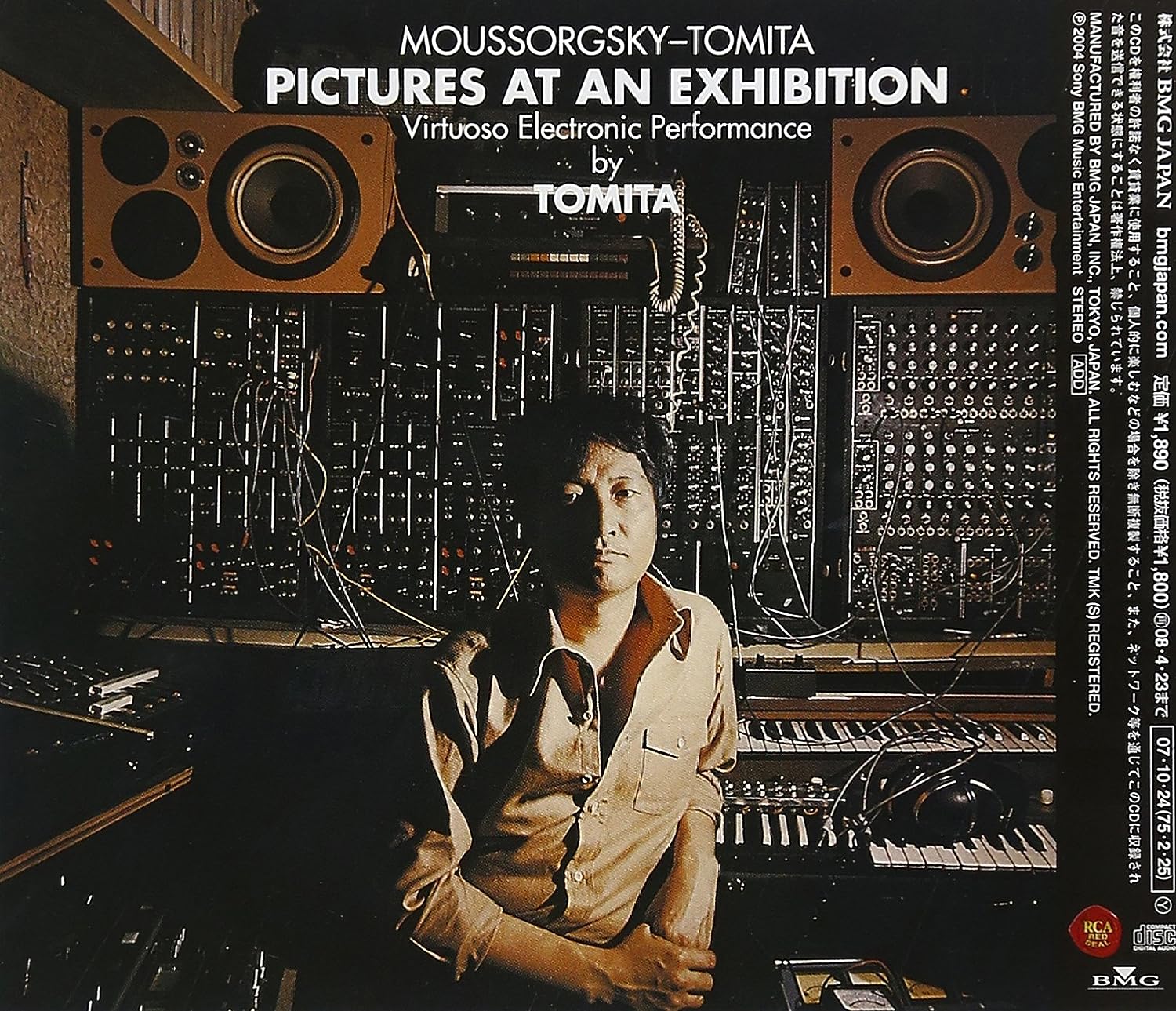 (d) The back chorus voice/s (Bd.-4)
Next, is the back chorus based on the Mellotron. The Mellotron was used regularly by Keith Emerson and Rick Wakeman, but this is not a synthesizer, that’s right, the origin of the sounds is a tape.
Half a tone at a time, sounds like "a" and "u" from a human voice are stretched and recorded in a line, so it is a device where, when you press the keyboard with your finger the bottom tape starts turning and the voice comes out. Because the beginning and end of the voice has been cut by the synthesizer it seems a little unnatural.

(1) The sound of the Mellotron
This is because of the design of the Mellotron so there's nothing that can be done about it, so here I decided to use it together with the synthesizer. Using the envelope generator, you put expression (Fig 11) into the beginning and end of the sound, just like the little bird voice and the strings sound from just before. 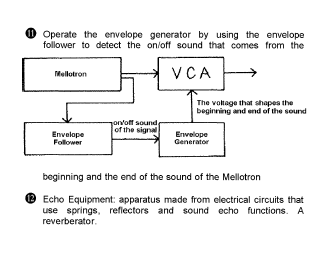 (2) The processing of the Mellotron sound
The feeling has changed quiet a lot. So lets do the echo (Fig 12) once more.

(3) The echo effected Mellotron sound
Let's make the back chorus part by touching up the Mellotron sound like this. Apart from using the envelope generator as described before to make the expression, use the filter to adjust the timbre.

(4)Adjusting the timbre of the back chorus
The Mellotron is limited by the tape length and the tape ends in 7 seconds. When you want to lengthen the sound, you must remove your hands from the key board for a bit, and wait 0.5 seconds until the tape goes back to the head. During this time the sound stops. There is a method called alternating execution/performance and, just like Rick Wakeman did, you prepare 2 Mellotrons. When doing multiple recordings, even with one Mellotron, you use 2 channels and that is the method of joining the sound.
The method is: prepare two channels in the tape recorder, and then firstly record one of the parts into one of the channels. Of course the sound will stop playing because the Mellotron runs out of tape. So the part that has stopped, you record again continuing on the other channel. Then after that you mix those two channels, and make them into one channel. You have to use this method because the Daphnis and Chloe chorus part is quite long. Having done this, lets put a wide echo on the chorus that we just did.
Zuletzt bearbeitet von einem Moderator: 2. Juli 2020
Um antworten zu können musst du eingeloggt sein.