UPDATE: Keyboard Version of Analog Four is out – Analog Keys (via CDM/Peter Kirn’s wonderful blog!) not so different from the Analog Four Groovebox but it has Keys, a small Joystick – so it is basically comparable to other analog synths but with 4 voices, it might fill some space since polyphonic analog synths are quire rare.. and it is 3 Octaves (which I love and prefer over 2 octaves) until now the Analog Four has not been polyphonic but 4x monophonic – one synth per track. this seems to have changed and only an issure of software which is in here, but this might be interesting – the forum says .min.polyphonie?=viewpoll 4 voices is the number of voices they could accept – other need 5-8 where most of them seem to be ok with 6 voices but happy about 8. and no1 needs more than 8 for most of those who voted but it was said – it’s hard to get und struggle for each voice so the question here was – whats the lowest number of voices of an analog synth they accept.. you can sequence program changes, so any step can be any sound, so it“s time to share 4 voices cool enough to make a full song with one out of 4 voices. Multitimbral, Polyphonic, Unison, 3 -> 1 or 2×2 polyphonic modes. (new) coming to the A4 as an update I assume/guess…

Shows played Keys by LED, allows Hold per Key. It’s a bit more than on Analog Four since that Keyboard has no dynamics and does not really show all of a sequence. but we might hear and see some demo of some1 who might demo how the input of dynamic notes will be done etc..
should be around 1.7k€ street price. 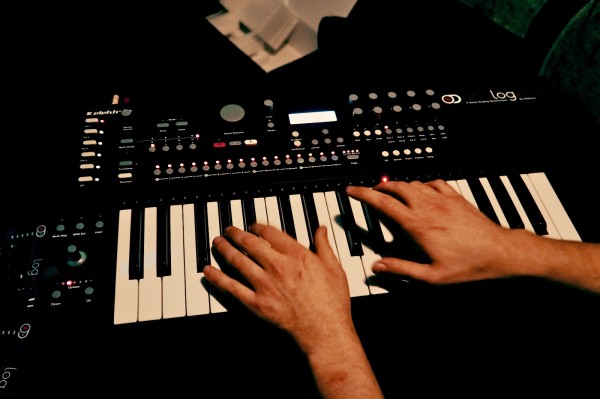