Some secret on the Doepfer Page? Most of the Modules are already known to those who have been to the Modular Meeting in 2009 (Doepfer LED Matrix (click to watch mp4 Video)


etc. is amongst the Videos/Images) but the Touch Keyboard takes the next corner. now. Hope & would love to see a 2D XY-per-Pad Sensor. Für deutsche Leser: Wir  hatten Bilder davon im Synthesizer-Magazin Ausgabe 15 NAMM seems near also but it’s too far of course for me to get there (and not cheap btw.) DIY_SYNTH_small.jpg 144 × 108 Pixel.

The kit is planned for customers who are familiar with electronic basics as the kit does not include the controls, switches, sockets and the case. These elements have to be added and wired by the customer. 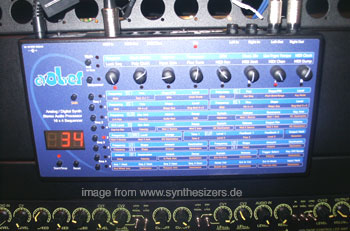