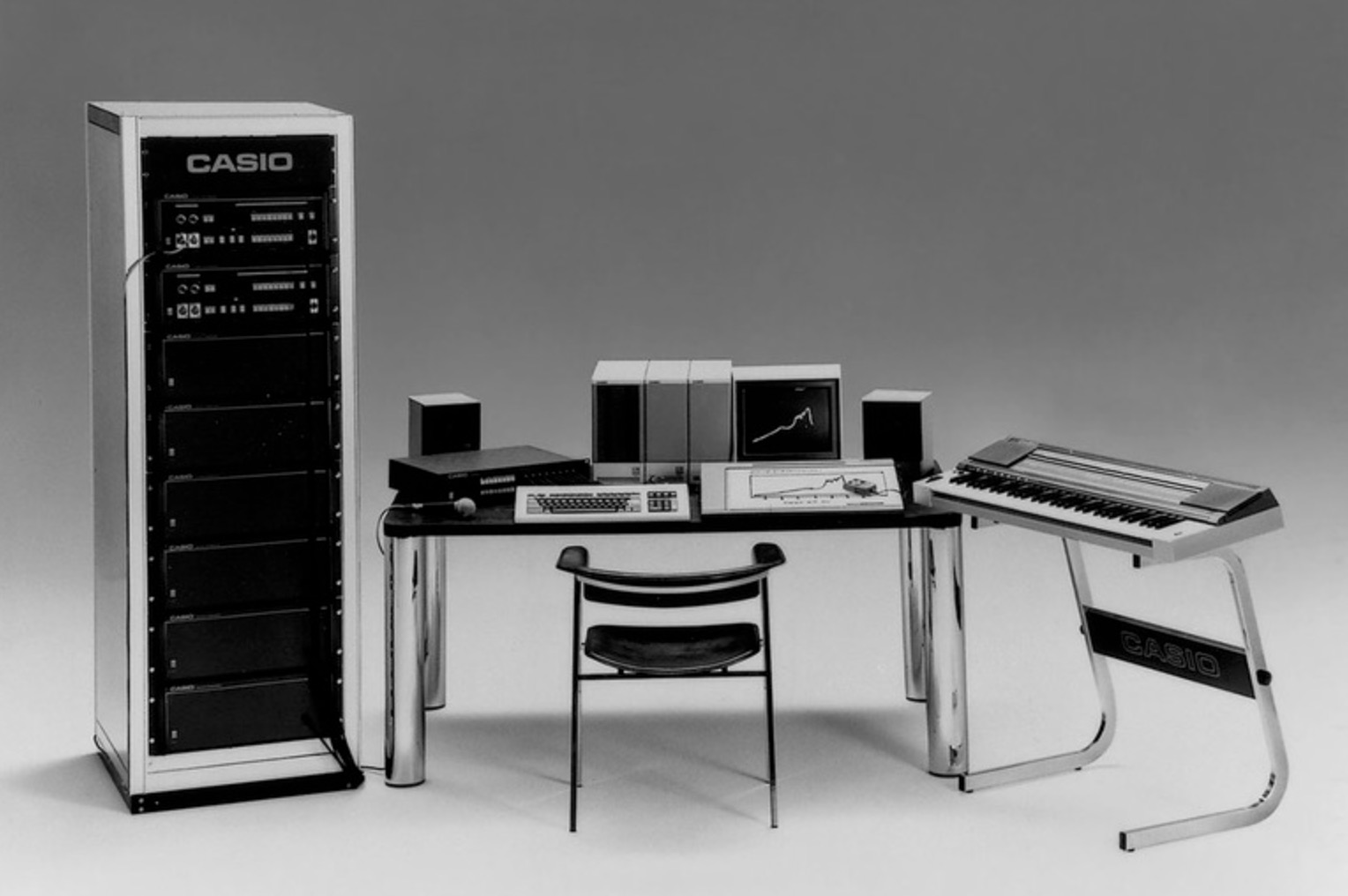 that sampler is 4 voice, the synth is almost like an advanced CZ but with more waveforms – and 8 voices, there were racks, so the system could be expanded. So it is a : Phase Distorion, Sampling, Subtractive Workstation.

1 filter with LPF and Resonance.
1 LFO for everything seems a bit simple but ..

it also had a sequencer aboard with discdrive that captures 4 notes, and 8 per track – it’s all MIDI based.

all a lot cheaper than any CMI or so, but a not the cheapest – the FZ1, Fz10m, Fz20m Sampler followed a lot cheaper with 16bits and even more features and more voices, the CZ5000, CZ3000 feature a 8note sequencer plus PD synthesis, but no filters and „only“ 8 waveforms instead of 25 – but – that’s history.
_
this post has been deleted for a reason I did not find out – so here’s it again – from my memory.