this is about the Canadian synth geeks, most of the blog readers will know some of these guys: Muff Wiggler (with Wiard in the back), Ed Eagan (that cool modular rack), … and a tribute to Hugh Le Caine (who made the Sac(k)but)

Travis Boisvenue (who created this) says:

A musical documentary and tribute to Hugh Le Caine.
The story of early electronic instruments, and the nearly forgotten Canadian music pioneer who created the first synthesizers. As told through interviews with three modern-day modular synth musicians.

Shot and edited by me. Produced by Ryan Gibson.

Thanks to the CBC, Soshal, The Library and Archives Canada, The Science and Technology Museum, Artengine, CHUO, Weird Canada. 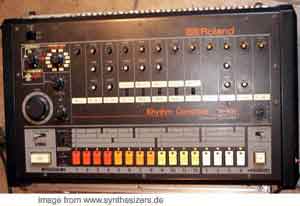