the did a big campain – did NOT show it on NAMM but will show it on the Musikmesse Frankfurt. Today was the big disguising moment of those 3 new retro-engines based on DSPs which is sort of modeling „something“ but not exactly emulating something – that’s why it’s sort of a new sound and maybe not a Gaia or post-JP8000 sounding synth. it’s a new engine – and we should not think much about what the new „Modeling“ thing is all about but just listen to it …

in fact it is a straight forward conept with direct access – no menus just 73 controls and 8 memory positions which isn’t much. no, it’s not 8 banks of 8 sounds, it’s eight sounds.

the first real demo is in here by Sonicstate

one lfo – no info about speed. but the video shows – it is fast enough to reach audio speed – finally they have done it – why it took so long. thanks! – not the fastest as the guy says in the video – but it’s ok.

no mod wheel but a dial for tuning.

The OS on the System 1 can be exchanged
it can model other classic synths like the SH101 – that’s what they call „plug out“, in fact it hosts these synth as a hardware, no computer needed.

so up’s and down’s – even innovation because it can be another synth – they say classic synth’s – but it could be any synth like … an FM synth.. but still without dynamics.
sends out controllers, controls plug ins as well – USB, midi in & out / no thru. no trigger outputs.
anyway – it’s an interesting concept with polarising features – it’s polyphonic has a lot of controls and may behave in a new matter (sonically). it has no dynamics so it is not a master keyboard – live you need another dynamic keyboard
the plan (was mentioned) is: 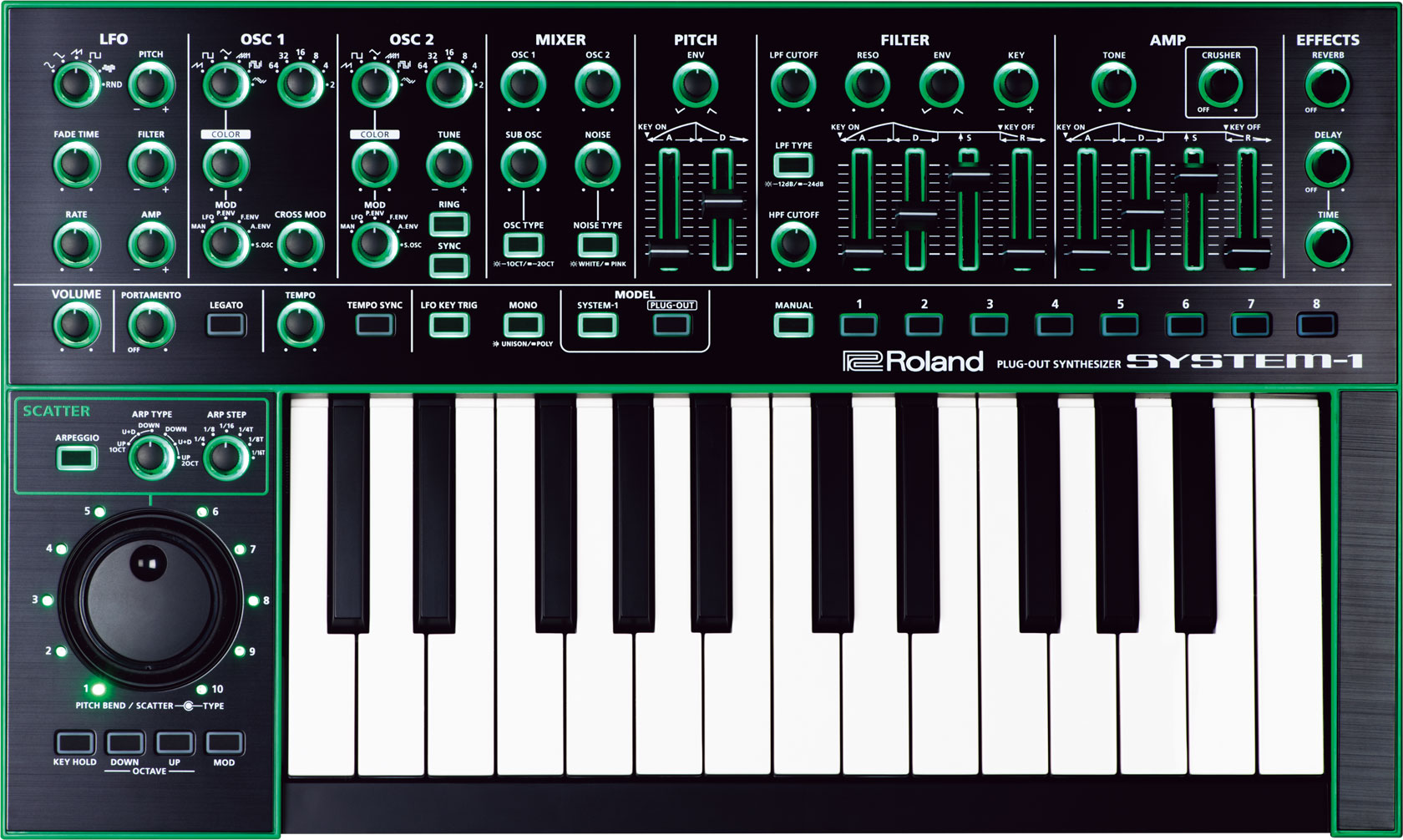