UPDATE – it will be presented on Musikmesse but also in Feb. – and they put out some more till then – they seem to be more into the promotion of stuff – they did not show the AIRA series at NAMM but have another teaser for the world and I also just post it and send you to the longish forum posts (page 35) ..

4th Update: it’s called ACB – Analog Circuit Bahavior – Korg’s buzz word is quite similar (component modeling…) it means – they analyzed it and tried to recreat it via DSP – as you may imagine. nicely done as a guy sitting in a lab (don’t know if that’s for real or jsut because it looks so much like „rocket science“) …

TB3 – guess what? – the sequencer – the melody and simple sound – or this time a bit more than that? some touch kind of control
– Electribe kind of Trigger „Arpeggiator“?
– has swing (!)
ok, it’s to now – 32 steps
– FX as well – incl. scatter, reverb, delay.
– XY-pad function.
and multitouch screen lets you set tones and envelopes.

would really like to know if it controls midi synths or more than one, but following the specs it does one monophonic tune – quite like the original.

much more performance since you can play until a certain step and repeat, have FX on it and XY-Pad stuff, same applies to the TR9

TR8 – the drum machine which was discovered first (the name) and they all look like a system of retro machines
• Shuffle Knob
• 11 individual outputs via USB to the computer makes fx for each sound simple
• Delay / Reverb FX / Scatter – also Roll Functions is in here – TR808 and 909 sounds (3 kits, one with longer decays so far). it’s possible to add others for Roland, TR707 & TR727 planned (said by one of the 1st batch video guys) – expected: anything TR and CR78 to come (because it makes sense)
• A/B – 16 steps – makes 32 steps – seems fill-modes are gone – but roll modes and scatter work fine – not clear if it’s as easy as other drum machines since all
• early demos do not even try to show editing steps.  scatter is available in different forms – hope recordable – they say „for performance“ – that guy in the
•video does not even use the sequencer – which is the one why on should buy this, right?
• additional parameters added for tweaking.
• shuffle
looks a lot like they have parameter automatization ..
sounds quite authentic – here’s the 909 – no performance just mutes on / off.. but things will come..

-> best video explaining the TR8 is here
also seems more fun to use, more up to date – there are 8 quick presets for FX sections (delay, reverb) to be recalled instantly – so this is very much for us live performers! – needed because you can’t automate knobs and faders but switch to another parameter set. 16 available. btw. it’s 16x2 patterns.
– those variations, roll functions and scatter are really cool as an addition and first time in a roland device. also very well – did not see if it’s recordable – very cool to have 16 saved parameter tweaks at hand to recall. one touch – done.

-> let’s tell again the record procedure –  yes – it’s all teatime incl. realtime recording
but no automation of parameter movements (no parameter locks or motion record like Korg’s and Elektron’s do.)

here’s Nick explaining it all

so, nice overhaul of traditional electro gear – harhar – I did say traditional..
on synths – made to be designed for the future sound. but in fact these are a lot more made for this world – but not made for anything „analog“ – (like triggering things). not yet clear if it all sends out midi notes..

additional Voice Transformer, the VT3 which is more referring to the first VT in blue and yellow.

clearly one purpose for all of the 4 boxes except sampling (oh, we don’t know yet but I assume)..

but one thing can be said – they are nice to the eyes. hope this is true for ears as well. 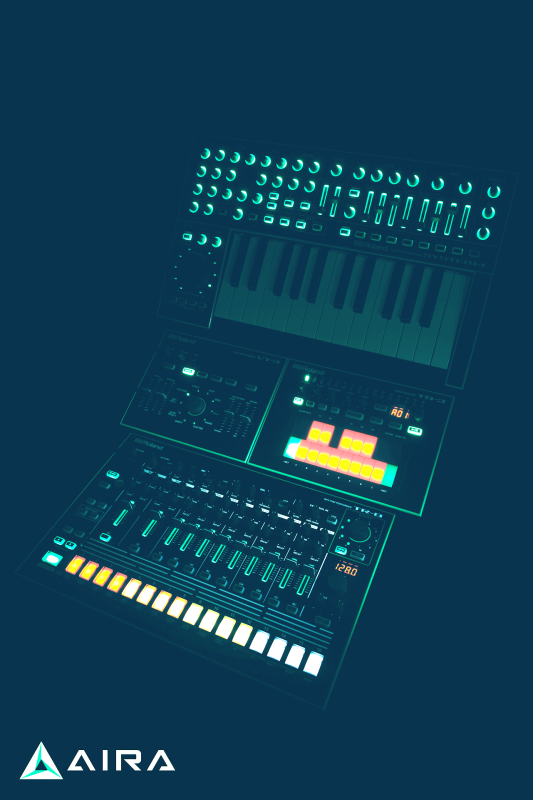 Artist interviews at the predawn of AIRA (Part 1)

we design the future. 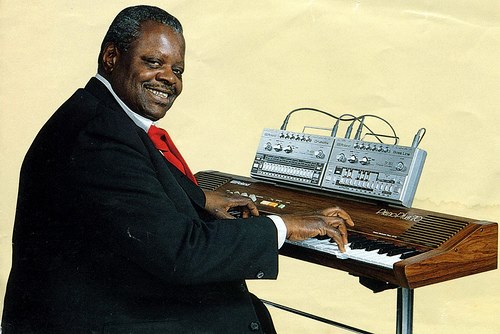