Worsel Strauß is an experimental project from germany.
the new CD is available at http://vicmodworselstrauss.bandcamp.com/


the basic idea behind this album was to create all tracks on the idea of „autoplaying“ patches. one of the basic universes this is achieved by a buchla 200e (you can see it by just searching for happy knobbing 2012 on youtube and worsel) – and therefore it is synth’ly said the west coast „buchla“ approach to synths and patching that is used here. 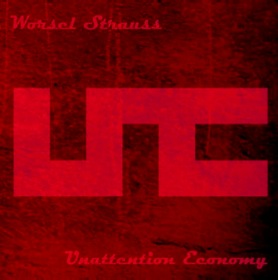 the album is about confronting youself or the inner self to fear which is almost the source of (uncertainty and  losing control.
let me say he is right on this on a spiritual level as well.
#

checking out for intelligence behind patches and creation of something new could be easily translated to „life“ (to me it seems obvious). so this could be a test for triggers that may change from it’s own „inherent dynamics“ to something that is fully under control – and now remember the fear- thing as a topic – can you call it music and where does it start or does it matter the moment the music is been generated or is it still the idea of the composer? well ask yourself – are you able to follow the red team? ;)

here is one of the tracks – note that others do not sound „the same“ ;)