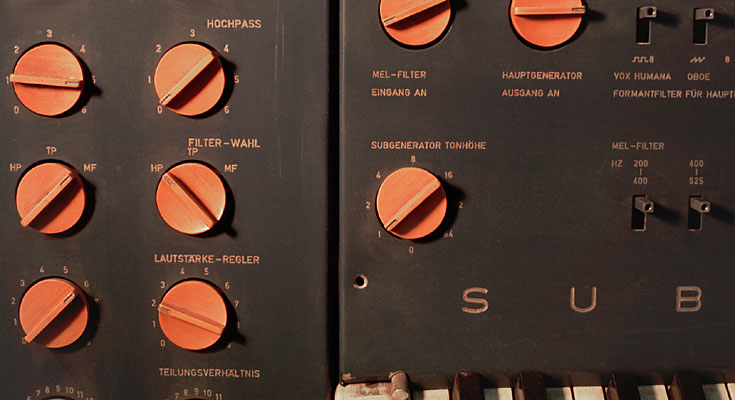 Subharchord: A child of the golden age

A proto-synthesizer was developed in East Germany in the early 1960s that was far ahead of its time—but only a handful were ever produced. RA's Ryan Keeling meets some of the people who are intent on preserving its legacy.

When Ina Pillat was told that a 1960s East German research lab for electronic sound generation was a world leader in its field, she didn't believe it. Pillat grew up in Görlitz, the easternmost town in the GDR, during the '60s and '70s and, like most people at the time, was more aware of her tough living conditions than the state's technological advancements. "It was East Berlin, and they weren't the best times for me and for most of us," she says. "But then I came back and I started to read about it, and I found out: it's true!" She had cause to question the achievements of the Labor für Akustisch-Musikalische Grenzprobleme (Laboratory of Musical-Acoustic Boundary Problems) during the research stages of Subharchord, a forthcoming documentary film she directs that tells the story of an East German electronic instrument that was almost forgotten...
Zum Vergrößern anklicken....


Gerhard Steinke
The Creation of the Subharchord – a Recollection

While I was working as a sound engineer with the Dresden radio station, I heard of and found numerous tape recordings of Oskar Sala’s compositions for trautonium, music that I had listened to on the radio while doing my homework, in the programs transmitted by the Weimar and Leipzig stations attached to the Dresden station, and above all in the sound archives. These unusual sounds were often used for the stations’ own programs, and even for advertising. However, what finally set me going was working with the conductor Hermann Scherchen, with whom I made a recording of Bach’s Kunst der Fuge in February 1949 in the Dresden Broadcasting Hall (the former reception hall of the German Hygiene Museum). In conversation with the conductor, it became apparent that Scherchen had long been with the radio and had already worked together with Trautwein, Hindemith and Sala around 1930.

The Düsseldorf Funkausstellung 1953 was the occasion of the first presentation of an electronic organ (Polychord), which was bought by the enthusiastic Berlin chief engineer at the radio station, despite our objections to the lack of transients and our opinion that we could make something much better ourselves. At the same time, the first studio for electronic music had been set up in the Cologne Funkhaus, with a new trautonium by Trautwein, the monochord. In 1955, in the instrument warehouse of the Berlin radio station, I unearthed the surviving parts of a quartet trautonium commissioned by Sala for the station in 1948 and that didn’t really work properly; even Sala’s visit to the laboratory failed to bring life into the instrument. But we were now more than just curious, and announced to Sala that we would develop our own much more modern device ... Sala laughed jovially, patted me on the shoulder in commiseration, and went on giving concerts and producing film music with his mixture trautonium.
However, we were able to convince our chief engineer to set up a “Laboratory for problems at the interface of acoustics and music,” and recruited the resourceful television engineer and organ lover Ernst Schreiber. The work on the development began in April 1959. It almost collapsed when the Ministry of Culture objected that subharmonic sounds were a musical fiction since subharmonics did not exist in nature. ... However, we were able to prove their existence by dividing saw-tooth sounds into a number of sub-oscillations, and were allowed to start. We were not allowed to develop the organ we had planned, mainly because Dessau had, at my lecture in the Academy of Arts on the presentation of a Polychord electronic organ, complained that such bombastic sounds with such a strong vibrato were more appropriate in a brothel, while the sounds of the trautonium were capable of inspiring the composer’s creativity. However, this wary ministerial representative soon disappeared off to the West, and we cheerfully worked on in the laboratory.
A first subharchord was ready in 1961, and was immediately welcomed with enthusiasm by the composer Addy Kurth from the field of cartoon films and by others in radio and television. We were now able to produce mixture compositions in a laboratory studio, pursue the further development of the instrument and later begin series production. The first marionette cartoon to be accompanied by the subharchord, The Race, was a huge success. We had maintained our contacts with Scherchen over the years and on 9 July 1961, shortly before the unexpected construction of the Berlin Wall, Dessau, who had always supported our development work, Scherchen and I met in the West Berlin Hotel Kempinski to discuss the prototype – although Dessau remained critical of the lack of a second manual, which he had always insisted on.

The development and series production, and the many recordings made at the same time in the laboratory studio, led to the creation of the subharchord II by 1969. Unfortunately, Khrushchev had condemned electronic music as a “cacophony” that was inappropriate to “socialist realism,” which meant that the studio and any further research were abandoned. Nevertheless, a few instruments survived, and two were reconstructed in 2005 and 2007. They are now being used for new creative works.
Zum Vergrößern anklicken.... 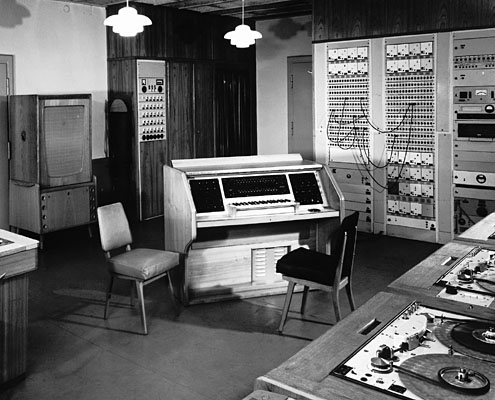 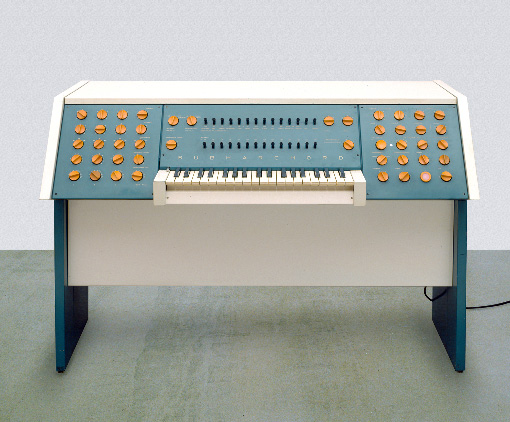 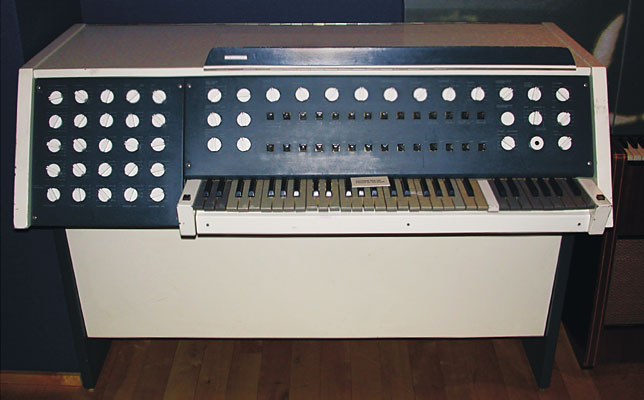