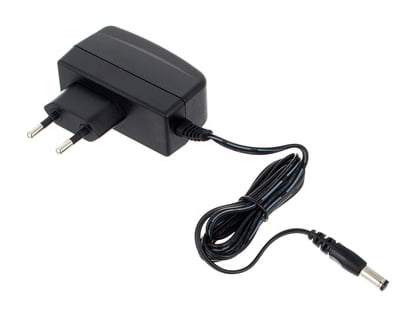 Wellenschlag
Press the Eject and Give Me the Tape

Wellenschlag
Press the Eject and Give Me the Tape

This is useful in a couple of scenarios:
If you wish to deactivate tempo magnitude matching, instructions can be found in the chapter on the Settings menu.

If the Deluge got it wrong and you find your song playing too fast or too slow relative to the syncing master, then the relative speed of the Deluge can be manually halved or doubled by holding down the learn button and turning the tempo knob anti-clockwise or clockwise, respectively.

And for further flexibility, if the Deluge is the syncing master and some other piece of hardware or software is playing as a slave to it, and you find that the slave is playing at half or double the speed you would have liked relative to the Deluge, the speed of the MIDI beat clock or trigger clock that the Deluge outputs can be changed by holding down the MIDI learn button and turning the tempo knob.
Zum Vergrößern anklicken....

Chris van Oz
aka Dust Collector aka Amidis aka Access