Well, Apple are now close to say something they „wish to say more“ – the keynote will be at 19:00 (german time) – all nerd and fanboy-sites are set .. the live stream will be from this building – they did a lot – days and weeks before – there have been so many rumours about watches, iPhones and – for us musicians – new larger iPads as well as mobile computers without any ventilation/fans at all maybe based on ARM technology (as iPads do) but working with OS X. Also under the hood and service – there has been rumours about things that won’t touch music topics that much – so I do expect some hipster/lifestyle stuff rather than things to work with / on this time and – the new iPhone 6 in 2 sizes as expected.

so – this post will be updated – if something happens that is important to some of us.

otherwise this is the only post updated the next hours.. The Stream will be here http://www.apple.com/live/
the stream did not work at all for me – almost no single minute without glitches – so it wasn’t fun..

There is a new (one more) thing called the Apple Watch – it requires the iPhone 5 – 6 plus to be used, it is able to measure your pulse – it can be controlled via a little cursor scroll wheel and touch. I is something like remote control for things and can even be used for payment . but it’s more like something to show then to really need one. and btw – it’s more made for sport fans…
Payment is also new as an App called Apple Pay and will not work outside the US and only with mainstream shops and requires iPhone 6 since it needs NFC to work – this is sort of the opposite of where I buy at and I am not in the US – will come later .. as an update of iOS 8 – so for us europeans seems more or less something not yet important.

there’s some things that are „nice“ but more like „geek guy’s“ kind o „nice“ but is not something one must have – at least for me.

overall it has „more“ like faster WLAN and more LTE bands – the rest is more referring to iOS 8 news.

Price is that of the previous iPhone 5s – the 5s will be 100€ cheaper, the 6plus is 100€ more expensive. The Cam seems better but not much – but improved at a quite low resolution (8MP).

It’s 25% faster than iPhone 5s which is really FAST – it has a new processor A8 – so it makes sense for anyone who want an iPhone. This is the most important one – iOS 8 will be downloadable on 17.Sept. 2014
for musicians: nothing of importance … most of it has been said at WWDC  ok — just keep on until the next event – OS X / Yosemite that might bringt new small Macbooks or a large iPad (thats rumours, still)..

so Apple is no longer something with an i but something with an Apple in it’s name – no iWatch, no iPay but Apple Pay and Apple Watch. But all not too important for us in europe for now. so what. And Steve? it’s is an ordinary company – now. took 3 years to let them all look like Samsung, huh? 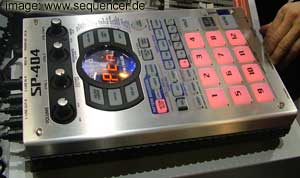