this time a module can do VIDEO instead of audio stuff, reminds of the psychedelic FX as in EMS spectre or the like, just wonder about the HF signals and noises coming from that high frequencies (shielding in audio isn’t really made for video stuff) but anyway – there’s only MFB who also do video and synth modular gear, so LZX are the second ones I ever heard of or have in mind combining visual and audio in modules 3HE. 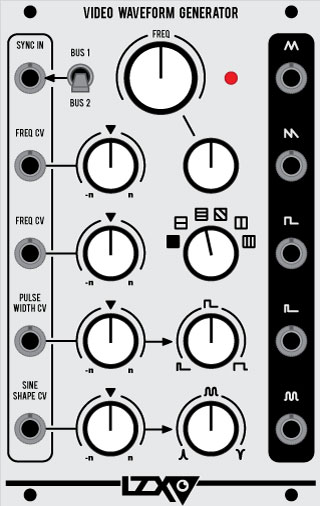