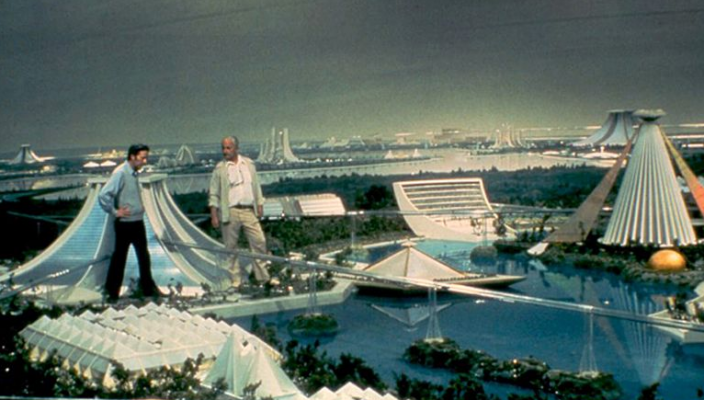 "The concept was to have it as a kind of overture, but it was down to me to juggle with some of the tunes from the songs [on the album]. It was almost a mathematical exercise as much as anything. Find things that would run together easily melodically, basically, and then make a melody that flows within itself. I know I used some lines from Danny Bailey, I’ve Seen That Movie Too, Candle In The Wind, and one or two others.

The way I used to work was to write charts out and then play monophonic parts on the ARP so I could play with one hand and adjust the gain and so on at the same time, to give it more dynamics. Playing polyphonically on analogue synths can give rather flat results. You don’t get any sense of movement. But if you write the parts out and then play them monophonically, then you get a lot more control.

The ARP 2500 had a split keyboard. The lower octave was capable of playing one note and the upper part was capable of playing two at the same time. But it was a nightmare to keep in tune, because it was all analogue circuitry. And there were just rotary pots, and the pots would get dirty and become intermittent. So it was a very imprecise science. Doing it one voice at a time was always the easier way to manage it.

The intro was on a separate piece of 16-track tape and we stitched it together [with Elton and the band’s recording] in the mixing stage. Because I had written out the arrangement first I could pretty much say, “Right, we’ll do maybe six or seven ‘string’ parts, and then we’ll mix those down to a stereo pair.” And we’d build it up that way on the multitrack.

I think I had three or four days to do it and write it down, and then when I got to the studio we did it all in about seven or eight hours."

The ARP 2500 was owned by programmer/engineer Raphael Preston, he told me so himself. It was used in the Chariots of Fire video cause the director thought it looked nice - but not used on the actual score according to Raphael.

Says Raphael: "We might have used the 2500 a few times, but not in any "featured " way. It was a great synth though .. I did sometimes use some
elements of it, cross patching other synth into it and out again ..."

I had a look through my ARP folder and found no proof that Klaus Schulze had had much dealings with an ARP 2500.
I am pretty sure I won’t have just said it with no reason... but I don’t know the reason!