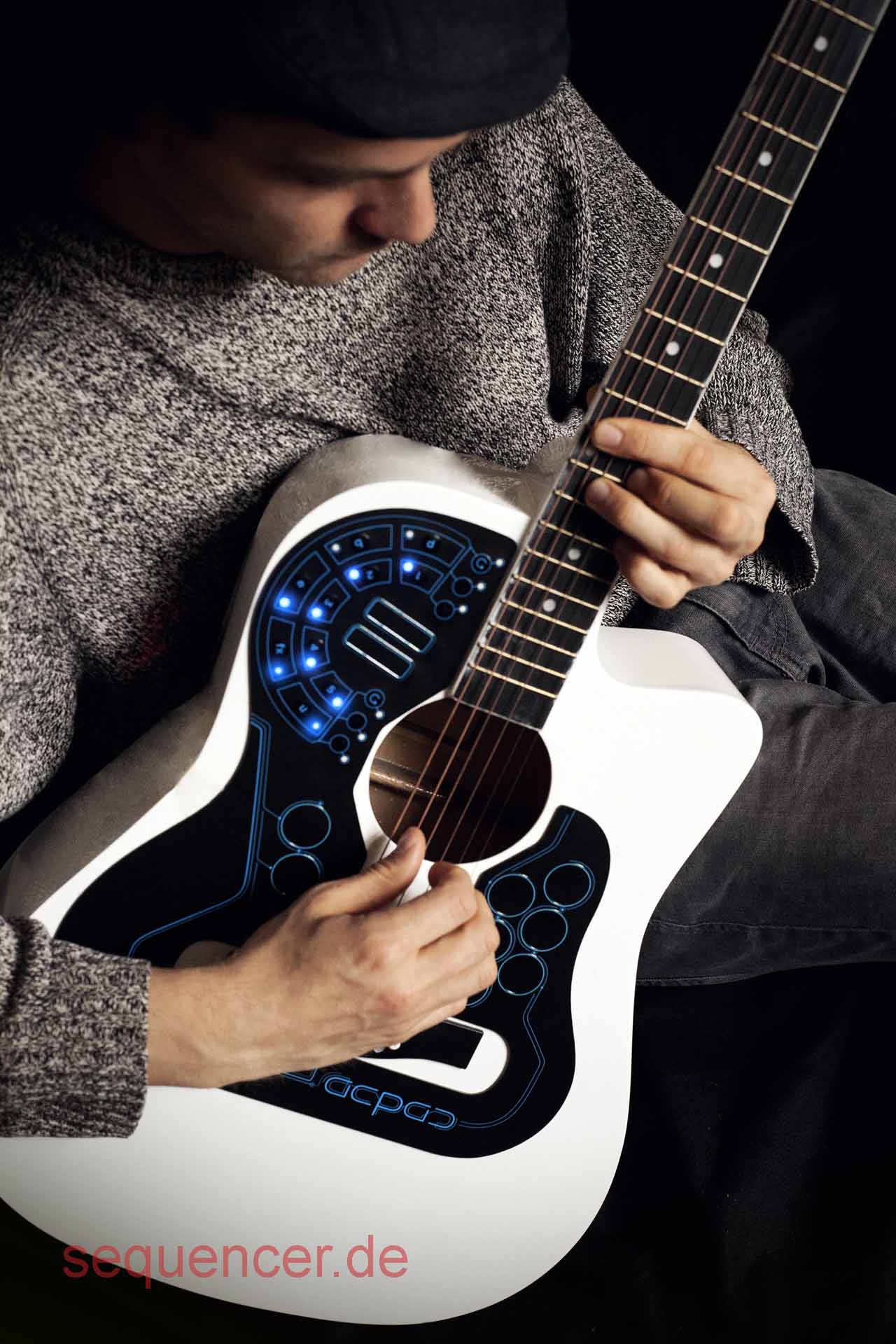 Acpad is a special add on to your or any guitar – I’ve seen that thing at a performance of Robin Sukroso (FB Image Set of a concert) earlier last year. In fact he can loop, synthesize sounds and do a lot of magic plus playing the pads and it’s just as playing the guitar – so it is not some technology added

see it in action – if you can – just catch Robin playing somewhere since it’s the best „advertisement“ for this – so – it’s not a product but something he did because it was needed doing the music..

btw – no, it’s not the drums / pads used that makes it special..

so this looks a lot more to really have the guitar for everything to input as melodic and rhythmic aspect in the music and – as always – just play it! why? because there’s a lot of more sounds and loop stuff possible – so it doesn’t matter what kind of input you prefer – so why playing „keys“ when you can do it with strings as well?

it took 3 years of research and working on the music itself to make Acpad what it is now. It’s officially called a controller but it is in fact an enhancement to the guitar being an electronic instrument and still be able to use all the positive things about guitars – still!
so acoustic and electronic things really merge.and so we may stop complaining about the guitar not being a real instrument since it can be played now for real and does sounds – right? maybe it sooner or later got soul?…

9 Thoughts to “AcPad – turns the guitar into a real instrument!”