Faderfox are known for controllers of small size reminding of the MFB stuff – now they come back with a controller that can ALSO be used as a sequencer – the result reminds of the Metropolis and Ryk Sequencer for the Roland System 100m and the recent „hack“ of the BCR2000 – the Zaquencer that uses the old Behringer to be used as a sequencer – but this time the concept has probability and there are repeats and group edits via 8 knobs with accents and glide .. the video also shows the controller sending CCs to a synth as a part of the sequence… 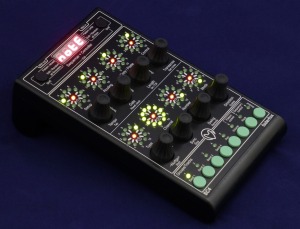 of course it has skip, and direction commands – it’s more like controlling the structure than setting stages per step according to the Ryk – Sequencer concept..

this is NOT just a controller re-used – it is dedicated to be used as one! – can do a lot more than beatstep – and it has LEDs so it is designed to have an optical reponse and helps to find it quickly

there is also a new controller called the PC4 providing 4x6 = 24 knobs that works with iPads, Computers and USB is made for FAST assignment and – is simply small – all purpose.. 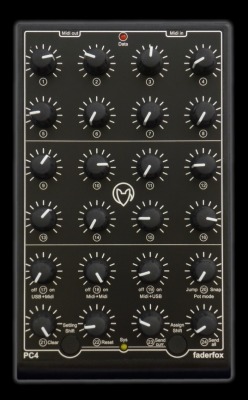