the big thing on this little box is: you can get it to run the modular III synth also, so it could be nice for former clavia NordMicromodular, MicroModular users? 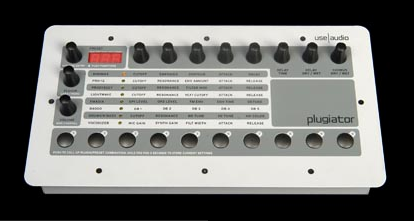 This one seems not to come from Soniccore but from the inDSP indian company.

It is open/modular so you upload the software and it is one of the Klangboxes or other Plugins of the System..

It’s a chinese company – never heard of them before but they offer some modules for the CME keyboards, too.

there’s 4 synth in the box: minimoog (minimax),lightwave (simplified microwave), the B4000 organ and a vocoder (vocodizer).

you may know, that soniccore is the official successor of creamware, so they might sell it all as a sub-license manufacturer called use-audio.

including the modular III! and all ASBs, so here it is – the new small modular after clavias modular..