is it real or just a fake? hope it won’t end up in bad sounding headphones at the end ;- of course it is not true ( since most of you did not read my comment below I just add it here as well) – Roland will never make analog Synths as long as it isn’t Roland style „future“ and Rolands future IS digital and – they got the Aira series showing they still got the right idea about making music..

„NAMM 2015 Press Release – Roland Corporation announced today that they will re-release the iconic Jupiter 8. All of the original chips and parts have been put into reproduction. The only changes are a giant OLED screen for patch names and keyboard aftertouch. Roland Corporation president Mr. Jun-ichi Miki said “I was listening to that 10,000 Maniacs Song where it says “give them what they want” and was like – “yeah, let’s do this.” The project is a partnership with recent Beats billionaire Dr. Dre who put 50 million dollars into a partnership to set up the production factory, and stated “I told them it has to be exactly the same, I just need that sound.”
-> NAMM 2015 & Jupiter 8 (just some1 posted it there)


(nice thing about spreading rumors – this is copy & paste from another well known forum – so in fact just a wish.. right)? to me Roland is not much about analog synths – but possibly System 1X going polyphonic since the System 1 can do SH/System 100 sound – why not Jp8 in digital domain?

it’s that easy this time JD-Xi is something new (non Jp but something Sys 001). – but still keep in mind Roland is a DIGITAL company. 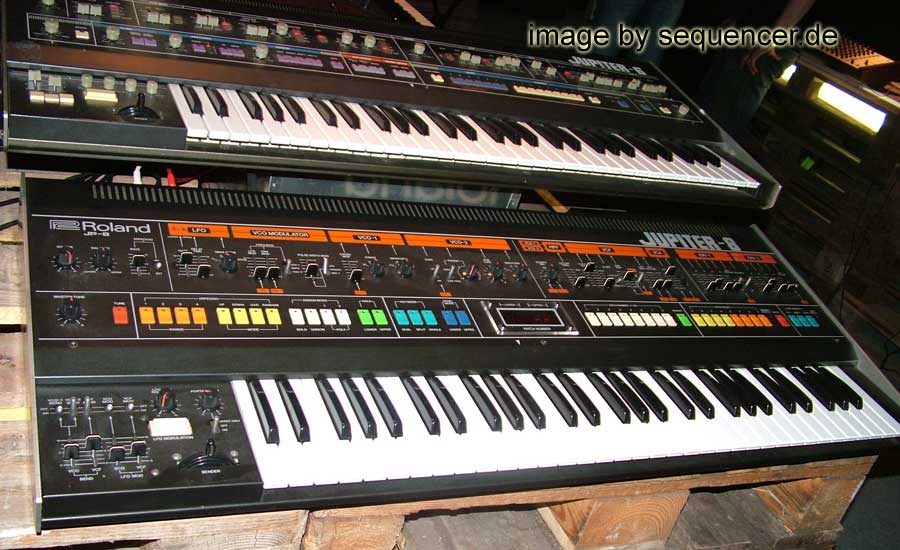 Update – no1 expected Roland to make 2 new synths that are hybrid .. JD Xa and JD XI – so it is sort of a new JD that are more Jupiter than the Jupiter 80 ;) of course sounding different.