this is not the first DAW, since beside Auria there are others, but this one might be interesting to all Cubase / Steinberg users – (there has been a recent update to Cubase 7) and on the iPad this one looks tempting..
for an app it is expensive as hell (45€), so is Auria, but note, if you want to import something to Cubase you need to be very very up to date on your Mac or PC..

Cubasis for iPad on the iTunes App Store. 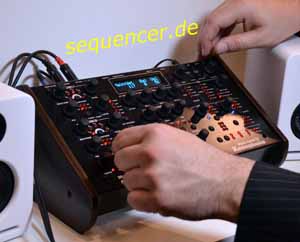